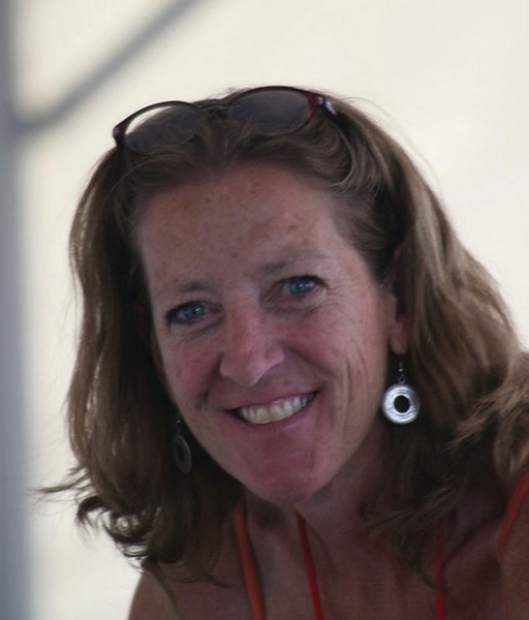 Lorraine Mall Haslee was one of Swift Eagle’s original founding members. Employed by the Eagle County Library District in Minturn then Avon, and later for the Vail Mountain School as Head Librarian, Lorraine was always a supporter of education, believing it to be the primary source of living a fuller life.

Having survived breast cancer in 1996, Lorraine was diagnosed with cancer in June 2010. Lorraine fought a valiant battle with several forms of cancer but eventually succumbed to the disease November 30, of 2011.

In June 2011 using the contributions from Lorraine’s memorial, a Scholarship Fund was set up to help individuals attain their educational goals at the Colorado Mtn. College based out of Edwards, Colorado.

Lorraine will always be remembered by the Eagle County Community for her constant selfless support of education in this valley. As for the Swift Eagle Foundation, she will be remembered for her empathy for those struggling to make a better life, her generous spirit, and her vibrant love of life.

Fred Steve Haslee was a devoted father, husband, community volunteer, cyclist, skier, friend, and a Minturn man to his vary marrow most of his adult life. He died August 9, 2018 after a long battle with Frontotemporal Degeneration (AFTD) in Franklin, Massachusetts.

Fred’s disease, which affected his body, mind, and memory, progressed at the same time his young daughters, Laura and Maggie, lost their mother to cancer seven years before. While Fred’s mind failed, their memories of their father remain strong and vivid.

Daughter, Maggie remembers her father walking through Minturn, speaking to everyone he saw, whether he knew them or not. He had a passion for making every person feel welcome.

A Colorado native, Fred was born in Denver on April 11, 1952. A graduate of Englewood High School, he attended Graceland College in Iowa and graduated with a degree in business administration and psychology from Western State College in Gunnison.

He meet his wife, Lorraine Mall, when they were both skiing with their respective families. They were married Aug. 20, 1977 in Walsenberg, Colorado. Fred worked for Caterpillar, until the couple moved to Minturn in 1979, when Fred was hired by his close friend, Darell Wegert, to work at Gamble’s Hardware Store.

Fred volunteered as a Buddy Werner League coach, served two terms on the Minturn Town Council, was a volunteer with the Minturn Fire Department and the ambulance district, worked many summers for the Eagle Valley Community Fund Rummage Sale and was a founding board member of Swift Eagle Charitable Foundation.

He loved Colorado, and even after moving to Massachusetts in 2015, everyone knew his Denver Broncos were the top team in his eyes.